I knew nothing about Sigmar Polke when the Tate announced this huge retrospective, so I thought I should go to see what I imagined, must be an important artist to warrant this sprawling show.

I found myself wandering through these rooms feeling quite bewildered, puzzled really as to why he is so highly regarded.  Polke’s work comes across to me as a though he had more ideas than he could find time to follow through to finished pieces. Most of it looked half thought through and unfinished. I accept that many artists have many different strands to their work and am a huge admirer of Gerhard Richter’s work for example. Interestingly Richter and Polke studied alongside one another in Düsseldorf, but I would say Richter’s work is vastly superior.

I wondered if I was missing something and so looked at a few reviews:

Richard Dorment writes in the Telegraph: “If Polke’s art feels messy and opened-ended it is because he aimed to do nothing less than to embrace the whole of human experience, from sex and drugs to art, science, mysticism, history and current events.”
But he goes on to say: “When the viewer doesn’t have a handle on the moral or cultural context that made the image important to him, we switch off. In the end, it’s best not to over think this work and just enjoy the show as giant, constantly shifting kaleidoscope of photos, films and paintings, very much in the spirit of the 1960s.”

Hmm, well in the true spirit of the sixties maybe it would be more enjoyable with help from psychedelic drugs. I wasn’t impressed. Here are a couple of examples of diverse styles…. 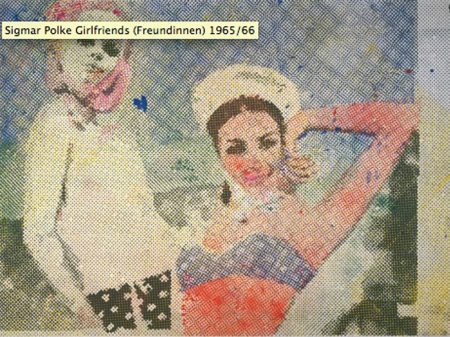 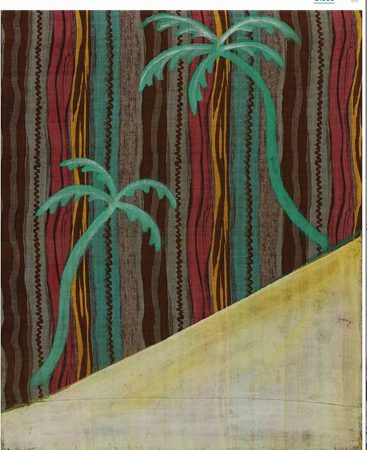